Taking Control of Your Breath.

It should not be surprising that normal breathing is a foundational element of health, wellness, and stress reduction—it is the only thing that we do constantly from birth to death. You can live for several weeks/months without food and several days without water, but only several minutes without a breath. Yet, most of us allow our subconscious brain to control this task without giving it another thought. Every act you do and every thought you have can change the way you ventilate—in depth, rate, and mechanics. The subconscious/autonomic brain is conditioned by what it is repetitively exposed to. 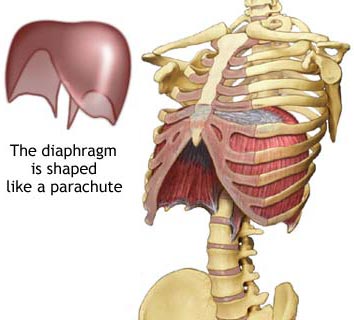 We are aerobic creatures, that is, we produce energy for life with the assistance of oxygen (O2), and breathing assures a constant flow of O2 into the cells and tissues where it is needed. Without O2, you are soon in “oxygen debt”, creating energy in a hypoxic state through anaerobic means, which, if not corrected, will soon lead to unconsciousness and death. The O2 content of the earth’s atmosphere is about 21%, and this doesn’t change at altitude. Atmospheric pressure at sea level is 760 mm HG. Because the atmosphere contains several gases, each gas’ influence on the total pressure is called its partial pressure. The partial pressure of O2 (at sea level) is about 160 mm HG. Gases diffuse, or move from an area of high pressure to an area of low pressure, and the greater this difference, the greater the flow. In the human lung, an O2 partial pressure of 105 mm Hg creates a large difference with that of the incoming atmospheric air, which favors the transfer of a lot of O2 into the lung. Moreover, the partial pressure of O2 in the deoxygenated blood that passes over the lung is 40 mm Hg, so there is another large gradient between lung and the blood, ensuring a full supply of O2 to the blood with every breath. Just as water drains out of sink, O2 flows from the relatively high pressure in the air you breathe to your blood, and then out to your tissues and cells where it can be used. The main driver in this is simply the gradient difference.

Another gas of interest in the atmosphere is carbon dioxide (CO2). CO2 is thought to be nothing but a waste gas—in fact, a toxin in the human body. However there are many beneficial physiological effects that CO2 has on your physiology:

As with most things in this world, the poison is in the dose. At 20% CO2 content, your health and function would surely fail, but surprisingly, at levels lower than 2.5%, you will also start to see dysfunction. CO2 is not the evil waste gas that it is made out to be. But, how does the CO2 content of lung and blood change?

In contrast to O2, the atmospheric content of CO2 is ~0.04%, a rather minuscule amount. The partial pressure of CO2 at sea level is 0.3 mm Hg. The partial pressure of CO2 in the human lung is 40 mm Hg. The partial pressure of deoxygenated blood flowing to the lung is 45 mm Hg. Most of the cells in your body create a lot of CO2 during normal metabolic function, and muscle tissue especially, creates a massive amount of it during increased activity. These partial pressure gradients favor the flow of CO2 from the blood into the lung, and then into the air in the lung, which you can then exhale, ridding the body of CO2. So, ventilating allows the body to intake O2 and exhaust CO2. However, the primary driver behind ventilation is the CO2 content of the blood. Although the brain has chemoreceptors that detect drops in the O2 content of the blood (these cause you to hyperventilate at altitude), it is the chemoreceptors that detect rising CO2 levels that are the most sensitive. Every medical and physiological textbook and scientific paper supports the idea that it is CO2 that drives breathing. 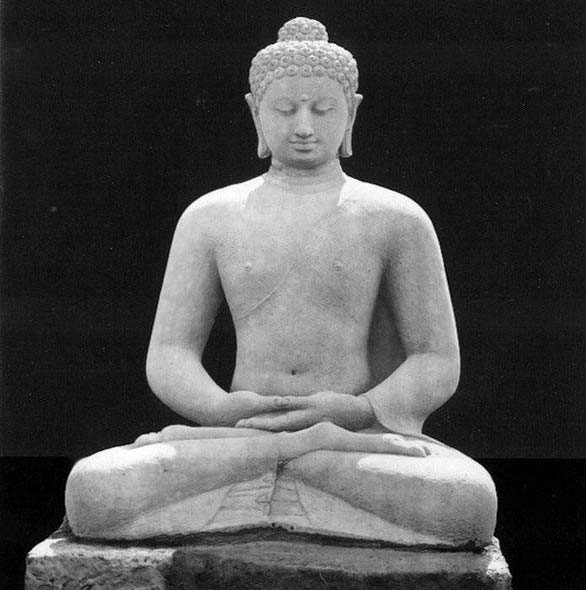 Professor Konstantin Buteyko was a respiratory physiologist who was assigned to work on the former-Russian cosmonaut program, researching optimal atmospheres for use in vehicles in space, aerospace and submarine. Also trained as a medical doctor, he noticed a relationship between hospitalized patients and their ventilation rate. The sicker the patient was, the more they hyperventilated. He theorized that the higher ventilation rate might be causing the condition instead of the other way around. So, he began having patients practice “breathing less”. There is a relationship between the partial pressure of CO2 in the lung, and your ventilation rate and depth—that is to say, the total amount of air that you move throughout the day is inversely related to the pressure of CO2 in your lung. Normal CO2 partial pressure in the lung is thought to be 40 mm Hg, which equates to about 4% of the total air. At this level of CO2, you will be moving about 6 liters of air per minute. Your ventilation rate will vary depending upon the depth of each breath, but medical research quotes about 12 breaths per minute on average. So, if the partial pressure of CO2 in the blood increases to some setpoint above 40 mm Hg (hypercapnia), then the respiratory center of your brain will increase your ventilation rate and/or the depth of each breath. In contrast, if the CO2 levels of the blood drop too far (hypocapnia), you will breathe less. This is how the brain maintains the correct level of CO2 in the blood, and this is a good thing because CO2 is the body’s main acid-base balancing tool, maintaining proper pH. But there is a problem in paradise and Professor Buteyko discovered it.

Due to the effects of the stress of life, your individual experiences, learned behaviors and responses, etc., you are continually urged to hyperventilate, which, actually has a definitive meaning: Ventilating more than is necessary to maintain normal CO2 levels. Hyperventilation, or “over-breathing”, can take the form of the obvious from the perspective of an onlooker, but it often presents in the form of low-level and chronic—meaning that you can only slightly over-breathe but on a continual basis. Hyperventilation in this form slightly reduces CO2 levels in the blood, and, over time (think in terms of years), the respiratory center of the brain changes its sensitivity to CO2 in the blood such that you will over-breathe, a negative spiraling effect: Over-breathing causes a drop in CO2 which causes a resetting (lowering) of the “CO2-ostat” in the brain, which results in over-breathing. You see, as the CO2-stat in the brain becomes more sensitive to CO2, it takes far less of an increase to produce an increase in ventilation. As a result, you ventilate more than you need to—while at rest, while active, and especially while stressed. Your body gets rid of the excess by relatively increasing ventilation (hyperpnea), but in the case of the aforementioned dysfunction, you are blowing off too much CO2.

There is a solution to this problem, and it is credited to Professor Buteyko: Take conscious control of your breathing—often. You have the power to change the CO2-ostat in the brain, but since there are no dials to manually change, practicing hypoventilation is the only way to get at and rectify this issue. In the same way that life’s experiences caused you to slightly hyperventilate which adjusted the knob on the CO2-stat down, you can consciously hypoventilate, readjusting the knob back up. This physiological change requires a lot of time and patience practicing, but it is highly effective and extremely rewarding. Our school of breathing practice has a long lineage of anecdotal successes to include Professor Buteyko’s own work. Changing the way you breathe has been shown to reduce the symptoms of over 200 different health conditions, not the least of which are high anxiety, depression, hostility/anger/irritability (propensity for violence), asthma & exercise induced asthma, high blood pressure, sleep apnea/snoring, headaches, low back/muscle pain, poor sleep, and fatigue.

Among the previously listed benefits of normal CO2 levels in the blood, the Bohr effect is an especially crucial one. Remember that it is the partial pressure gradient of a gas that causes it to flow… the body’s cells are using up O2 for normal metabolic function, creating a void of low pressure, so O2 should constantly flow through the downhill cascade of, “atmospheric air—lung tissue—bloodstream—cells”. However, there is an obstacle to this waterfall: 98%+ of O2 in the bloodstream is carried by hemoglobin, a protein contained in red blood cells. Hemoglobin that is carrying its full load of O2 is known as being “saturated”, and is called “oxyhemoglobin”. Although O2 will diffuse into and out of the blood as dictated by partial pressure gradients, hemoglobin and oxygen have something called an “affinity”, which is an additional force that is stronger than the pressure gradient. Like a beaver’s dam in the river, this affinity can be higher, restricting the flow of O2 against the gradient. Or, this affinity can be lower, permitting O2 to flow with the gradient. Though there are several mechanisms in the body that can lower the oxygen-hemoglobin affinity, CO2 is by far the strongest. Known as the Bohr effect, the presence of CO2 lowers the affinity and permits O2 flow, and the absence of CO2 strengthens the bond between hemoglobin and oxygen, effectively bottle-necking the flow of O2 from the blood out to the cells.

It should then be of little surprise that extremely aerobic animals such as humans present with disease and dysfunction when O2 flow is restricted. Moreover, there is always plenty of O2 around—it’s 21% of the air, it’s in your lungs, and it’s in your blood—sometimes, it just can’t get out to your tissues. Increasing the systemic CO2 level of the blood through breathing practice will finally allow the free-flow of O2 into your body’s cells where they are desperately needed!

One thought on “Breath Control”